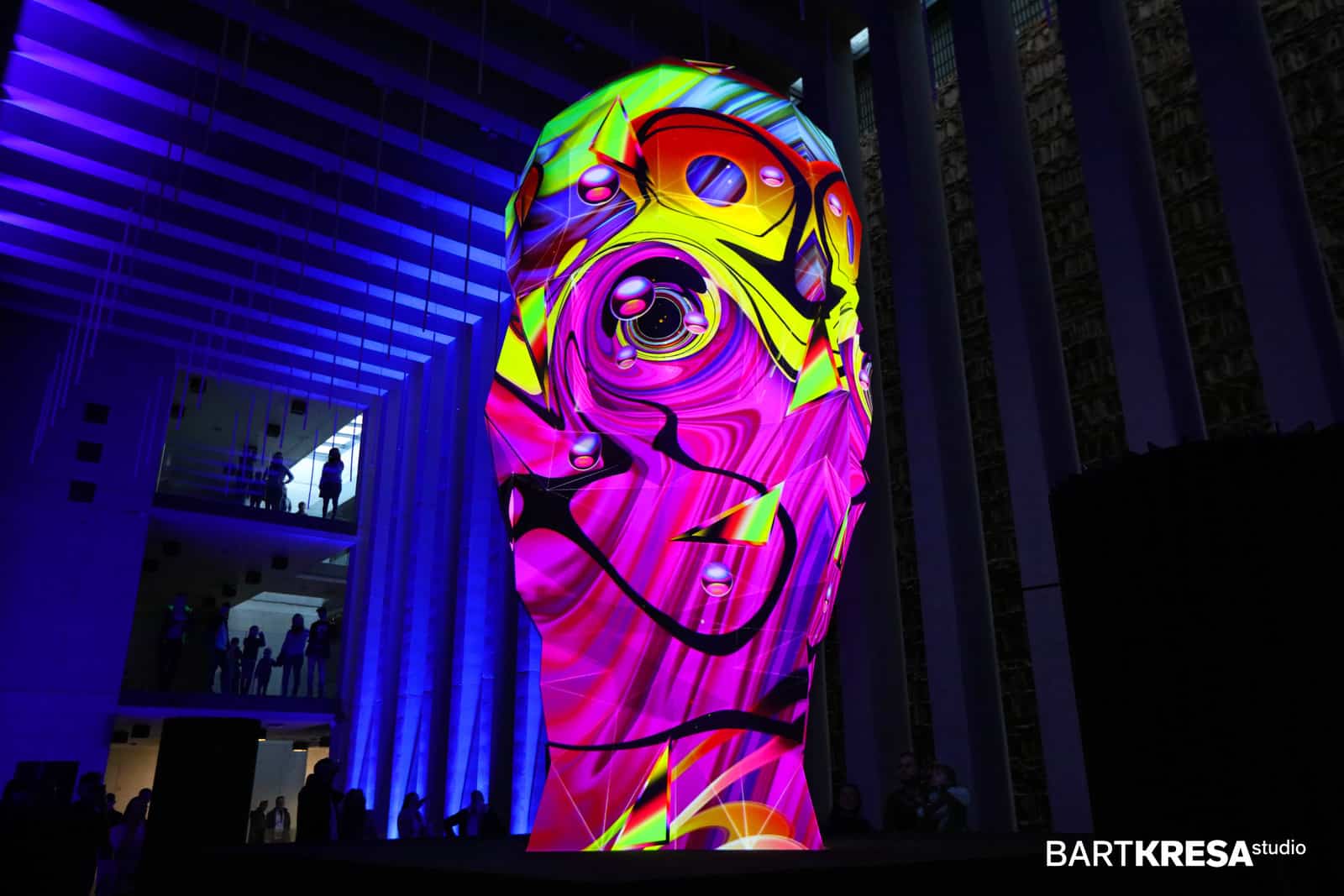 A fifteen-foot-tall faceted totem, Sviatovid is inspired by a ninth century Slavic deity and a medieval sculpture of the same name. With four faces, Sviatovid was not omniscient, but could take in the world from literally all four cardinal directions. The interactive animations projected in 360 degrees are a reflection of Sviatovid’s distinct perspective and storied journey. In keeping with the deity’s origin story, Sviatovid is on an intercontinental expedition to bring people closer together. Bart Kresa Studio designer Akira Wakui created the sculpture and it’s accompanied by an original score from Slawomir Kulpowicz. Sviatovid will materialize in the sanctuary of Binghamton United Presbyterian Church with additional content. In an homage to the striking 19th century architecture of the church, the students of the BARTKRESA academy will build an original 3.5 minute pre-show. The church spire, pipe organ and stained glass inform the new work.